In 1980, the distillery together with 15 other divisions of GIHOC was reregistered and incorporated as a Limited Liability Company and wholly owned subsidiary of GIHOC, under Ghana’s Companies Code, 1963 (Act 179).  Following the closure of GIHOC, and subsequently the repeal of the statute incorporating   it in 1993, GIHOC Distilleries became and has since remained a limited liability company, wholly owned by the Government of Ghana.

GDCL has since then performed creditably and established itself as a commercially sustainable enterprise in the alcoholic beverage industry in Ghana. It has over the years perfected the art of distillation, refinery, blending and manufacture of various types of alcoholic beverages for the local market and beyond and is now recognised as a market leader.

GIHOC Distilleries Company Limited was incorporated on December 19, 1979, under the Companies Code of Ghana, 1963 (Act 179) as a private limited liability company.

Having duly complied with all the relevant provisions under the Companies Code, the Company was issued a Certificate to Commence Business on January 17, 1980.On incorporation, the nature of the business which the Company was authorised to carry on is as follows:

The most preferred alcoholic company returning great profit to our stakeholders. 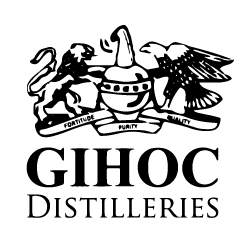